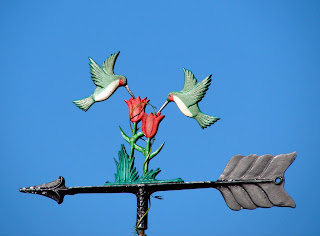 Not to sound trite or elderly, but how ’bout this weather?

I shave my legs for spring, but the hair rushes back to the follicles before I make it outside, a form of self-preserving padding in anticipation of the impending blizzard. My dark winter wools are forced to co-mingle with my white cottons. And my skin, following Colorado’s schizophrenic lead, is simultaneously dry, chapped, oily and broken out, but only in one quarter-sized patch.

Then there is the man. Oh, the man.

As if putting together a quasi-matching outfit is not challenging enough for the retrosexual male, my boyfriend has become straight-up neurotic.

The first thing he does in the morning is text Google to check the weather. Then he argues with it. After his fight with his cell-phone screen, he must walk around the block with his finger in the air, checking the wind. On mid-April blizzard days, he checks with his middle finger before settling on his one of two outfit possibilities: jeans or shorts. Then he has to ask my permission:

This week, Colorado has graced us with summer. So far. And this unexpected sun has transformed my boyfriend into the Phantom of the Opera. The right side of his face is white. The left side — the driver’s-side-window side — is lobster red, topped off with a one-armed farmer’s glow and a literal red neck.

So now he is pained between wearing a T-shirt and compounding his fry lines or wearing a sleeveless shirt and looking, in his earnestly distressed words, “like a total d-bag for a few days.”

My advice: Wear sunscreen, dude. There isn’t a cream, powder or plasma that I smear on my skin that doesn’t contain SPF. But still, I’m more of a Corpse Bride than a Malibu Barbie, and my transparent skin has been known to frighten small children.