I'm dreaming of a black Christmas 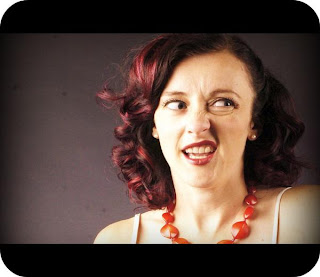 I did not want to shop on Black Friday.

Too many years working behind the retail counter has all but destroyed the months of November and December for me. In fact, nonstop Mariah Carey Christmas remakes eight hours a day/six days a week/for three months straight is likely the root of my hatred for holiday music.

Which is what brought us here to begin with.

Three weeks ago, I snapped at my boyfriend for (loudly) singing Christmas carols (before I'd had my coffee, gosh). As my penance, I vowed to write happy-go-schmucky fashion columns until Christmas, on the topic of giving to prove I am not, indeed, the Grinchette.

First, I wrote about giving when it's not expected, and then giving when it is long overdue. This week was supposed to be on "a different type of giving." I was going to "give back" to the poor retail workers by banning Black Friday altogether. Call me a revolutionary. It could have been the beginning of the end of the over-commercialized holiday season, or at least the end of any more boy-band remakes of "Last Christmas."

I was so committed to my noble cause that on this D-Day, I made special arrangements to have coffee with my mother. My mother talks. A lot. A "quick coffee" with Mom is like running into Wal-Mart to "just pick up batteries." A spinning head, shaking legs and six hours later, you manage to break free. If anyone could keep me in safe, shop-less confinement, it was this woman.

And it worked. Until.

Ah yes, there is always an "until."

I had a fashion show on Saturday at the Rocky Mountain Rod and Custom car show. All I was instructed to bring was black shoes. But of course, I had recently busted the strap on one pair of my black shoes, and then worn the heels down to the nail nubbins on my other pair.

I had an "until," "but" and "of course" all working against me. I decided to just run into FlatIron Crossing and buy the first pair of black shoes I found. Twenty-five percent off? Dang, I could afford two pairs for that.

The black patent-leather stilettos with zipper accents down the sides were a great deal. So was the black leather handbag with ruffles and rivets (not to be mistaken for Ruffles with ridges). And the gold sparkly top with an open back; hey, gold's the color of winter 2008. And the gray lace top. And the black lace fingerless gloves. And the lipstick, the eye shadow, the other shoes, the three pairs of earrings. Individually, everything was a great deal. It was all combined on one credit card that hurt so much.

So was the question, "Would you like a gift receipt?"

Because I had to answer, "No."

Which meant whereas everyone else was Christmas shopping, I was padding my own Grinchy closet. Not only had I failed to overthrow Black Friday, but I had flopped for no good reason.

Then my BFF Brittany called. She reminded me that there's nothing wrong with taking care of yourself sometimes, and that doesn't make you selfish. In fact, she said, you cannot give from a place of depletion. Self-love is a hard concept for women, and even harder during the holidays, because society rewards us for taking care of others and raises us to believe that's how we acquire self-worth.

Well, actually, I have paraphrased Brittany a bit. What she said was more like a laugh and an eye roll. But that's what she meant.

Don't underestimate the importance of giving to yourself -- or at least the value of overanalyzing bad shopping choices until you find justifications.

And never, ever underestimate the power of Black Friday.