Guys and their hats 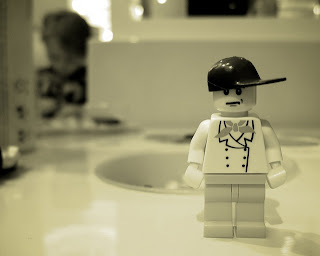 Guys love their baseball caps to the point that it’s grotesque.

Apparently I’m attracted to white-baseball-cap-wearers. I don’t know what’s actually on the cap or if there is perhaps a sports team they all commonly root for. But every guy I have ever dated wore a white baseball cap. Heck, even my brother and dad wear white caps.

The white baseball cap has its own set of uniquely disgusting problems. It comes down to this: Guys do not wash their caps. They do not know how, and they do not want to.

Because of this, their nasty hats stink after a while. The odor rivals shin guards (which any soccer player well knows is a scent that can burst a nostril).

One guy actually told me once he didn’t want to wash his because it had “a good luck stain” around the rim.

I had to clarify that his “good luck” was comprised of sweat. And dirt. And hair grease. And everything not nice, and it was all rubbing on his forehead for eight hours a day.

He did not see a problem with that.

My husband has a few caps I’d like to set on fire. Instead, my mom loaned me her baseball-cap washer – some contraption you can place over the hats so they won’t lose their shape when you wash them.

Turns out the contraption doesn’t go in the washing machine. It goes in the dishwasher. Where I put my plates to get clean so I can eat food off of them.

I could imagine the hat filth swishing around the dishwasher with my forks, tainting their prongs, and seeping into the fibers of my water bottle.

Looks like my husband will continue wearing dirty hats.

Good luck to him.

Photo by Flickr user riekhavoc.
Posted by Me at 8:36 AM