Clayton: Grin and beard it 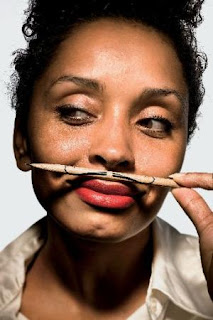 Mustaches aren't funny anymore. There. I said it.

No more mustache theme parties. No more moustachio-etched coffee mugs or pink stick-on crumb-catchers. I am calling for an end to 'stachical jewelry and stickers, and even requesting the removal of all mustache tattoos on the inside of the pointer finger. I never want to see another sarcastic soup-strainer, I swear. Even though they still make me chuckle. At some point, the nose bug has to lose its funny. 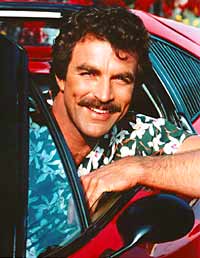 Why does the fuzzy upper lip tickle me so, metaphorically and literally? Perhaps it's a passive anti-bourgeoisie statement (because everyone knows all bosses have mustaches, even the women). The nose-tickler denotes control: Hulk Hogan, Magnum P.I., Josef Stalin. Could there be some underlying rebellion rising with this unstoppable trend?

Supporting the latter is my friend Clayton. His wife, Alex, wanted him to grow Elvis sideburns. He wanted a Groucho Marx. The end result was a hybrid of the two, a sort of Sgt. Floyd Pepper from the Muppets. A burnstache. Mustchops.

Clayton grew in a wee soul patch under his bottom lip, just to get wild. He ended up with hair everywhere except his lower jawbones, or the opposite of K-Fed's famous pencil-thin, chin-strap (also known as the "douche beard"). When asked about his unique scruff, Clayton explained that it had been "originally popularized by a U.S. president in the 1800s," if a trend can still be considered popularized 200 years later.

Coincidentally -- purely -- Clayton is also beardbald on his lower jaw area. As far as I can tell, most guys suffer this ailment, where a peculiar patch on their face has zero hair follicles. My husband's is next to his left ear, which results in one Vanilla Ice sideburn, with lines and zigzags naturally shaved in. This has not, however, stopped him from occasionally growing them out.

The plus side: I never have to fear my man attempting the lumberjack fave: mutton chops.

Options for facial hair designs are only limited by a man's imagination (well, and his blank spots).

In a "quest for every beard," blogger Jon Dyer experimented with 42 different scruff styles (dyers.org/blog/beards/beard-types), including a few rarer species, such as the Hollywoodian (mustache-beard sans sideburns). Dyer calls himself an annual winter beard-wearer and active celebrator of not only Octobeard and No Shave November, but also December's MaBeGroMo (Macho Beard Growing Month, which he created himself).

"Growing a beard is one of the simplest, zero-effort, macho things you can do," he writes on his blog.

When selecting your beard style, experts recommend complimenting your face shape. Let it grow for two weeks, and then re-examine your creation, according to eHow.com. At this point, the Web site says, you will have experience two bouts of itching and you possibly look homeless.

Considering your follicular strengths, choose a style. A weak stache? Opt for the Lincoln. Bare cheeks? A goatee is your friend.

Are your strengths on the edges of your face? If so, grow it long and flowy, a la Amish, or if you want to get beat up all the time, step into the chin strap. Feeling innovative? Shave everything except the edges, sideburns and then shave your head, except for your bangs. Voila -- you've mastered the Hair Ring of Fire. I'm pretty sure that was popularized by a red-headed U.S. Secretary of State in the 1700s.

With options like that, how can anyone ever laugh at Tom Selleck again?

Important vocabulary
Increase your knowledge and impress your friends by incorporating these terms into your daily life. Source: Urbandictionary.com.

Stache-ism: Prejudice or discrimination toward individuals with mustaches.

Beard Goggles: When you see a man with a beard, and you automatically think that person is awesome, funny, chill or just an overall cool dude just because he has a beard.

Beard of Shame: The beard that a man will grow after his girlfriend has broken up with him.