When cars cramp your style 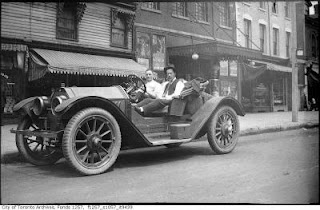 I don't want to admit that cars play a crucial role in a person's fashion message.

Not because I am a Boulder earthworm who thinks oil is responsible for all of the evils of the world, and not because I'm a member of the Spandex gang that rides bikes 300 miles a day, come blizzard or (last month) land-locked tsunami.

It's because I think cars are boring. According to the extent of my automobile knowledge, there are three types of motor vehicles: old ones, new ones and trucks.

Exasperating my general antipathy is the fact that no human experience, short of giving/receiving an enema in the hospital or going bikini shopping, is more degrading and uncomfortable than purchasing a car. You have this ominous feeling that you're getting screwed somehow, but it's never until you're driving the Audi out of the driveway -- literally -- and its engine seizes and bursts into flames -- literally -- that you figure it out. (Thanks nice Boulder Craigslist dude for giving me my money back on that one. Karma back atcha.)

But after one year of driving an Old Car worse than the sacrificial hog that my parents gave me when I turned 16, I can no longer deny the truth. You are what you drive.

No matter how long I take getting ready in the morning -- how precise my red lips are painted, how smoothed my powder, how clean my armpits -- after the 45-minute drive to work with the heater stuck on and all windows down (the back ones permanently stuck), I roll up looking like I've had a 12-day bender.

My curls are wind-ratted. My lipstick is smudged because, for some reason, my upper lip has excessive sweat glands. My shoes are in the backseat, my top is wadded up on the passenger's seat, I stink like a Rainbow Child, my skirt is wet and wrinkled, and I've been crying. I stumble out of my car, kicking the door shut with my bare feet and cursing, with an aura only rivaled by Charlie Sheen.

So last week, when my Old Car left Earth to go frolic with my 10-minute Audi, I did not shed a tear. I kicked its tire with my bare foot, for old time's sake, and did the walk of shame back home, bed-head and all.

While walking, I reminisced about other cars that sucked:

The Stink Jeep. According to my husband, all of the cool kids in Longmont went 4-wheeling at the sewage treatment field. Obviously, right?

Seventeen-year-old JD certainly reached the top of the cool ladder when he went too fast through the third, deepest bog of eternal stench and high-centered his Jeep on both axles. He and his friend, Steve, jumped on the car, trying to get its wheels to touch, and it rooster-tailed and spun out, waste-painting Steve from head to toe, eyes and all.

More than eight hours later, the 12th truck that tried finally extracted them from the mess. JD was late for work and got fired. And neither the Jeep -- nor Steve -- were ever truly the same again.

The Good. This high-school Old Car survived me side-swiping it on a metal bridge, but it humiliated me when I went to sell it. I had named it "The Good," because my friends had "The Ugly" and "The Bad." Because I was so clever, I marked it with a bumper sticker that said "Good."

At this time, I was also really into the band, Bush. Because I was such a big fan, I also marked my car with a bumper sticker that said "Bush."

It was not until I was selling my car that I realized I had been driving around for several years advertising an awkward combo of those two words that surely gave drivers the wrong impression (and explained so many unsolicited honks).

The Happy Car. Did you know that shoe polish wipes off glass, but eats away at your car's paint?

I didn't know that.

I know that now.

So does the red Old Car driving around with a huge smiley face burned into the hood and my eternal expression of school spirit etched onto the doors. Go Eagles.

I've never cheered for a football team since.

The POS (short for Posse, duh). Basically, we bought a car for $100, removed its roof with a chainsaw, beat it with sledgehammers and cruised around town looking so fly until we drove it off a cliff, and then called AA or whatever to tow it.

Before you think this is a good idea (like 4-wheeling through feces), consider this: The police do not think this story is funny. Nope. So either blame it on your brother's friend, Derek, who's always in trouble anyway, or just kick the tire barefoot and call it good. Unless you like Bush.

In which case, just get a bike.