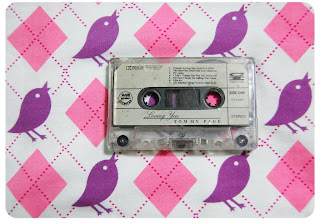 Boulder is the third-techiest city in the nation, according to a TechAmerica Foundation report.
And we would be in first place if I weren't throwing off the curve. Ask my office's IT guys; I crash computers by looking at them. I should just start carving my articles into rocks.

While prepping for a recent party, I realized our boombox was broken. Well, I lost the cord, and I didn't want to look for batteries. So I sent an e-mail (very high tech) to several friends asking them to bring some good CDs to play from our DVD player (fancy) through the TV (some might also refer to this device as a "television set").

That is when it came to my attention that no one listens to these small silver circles of ever-
scratched plastic anymore. My friend Jess put it gently: "I can burn you some CDs from my iPod, I guess." Burn. Pod. Help. I was so out of my league.

Jess is the same friend who gave me a laptop she didn't want anymore because she was sick of me responding to her Facebook Evites three weeks past event date. That meant I also had to get the World Wide Internets in my house. When I signed up (it took three months), Comcast offered cable TV, too. I said no thanks, but we were satisfied with our bunny-ears antenna with crushed PBR cans on the ends (tech tip: they work excellent to boost the signal).

If you think I'm ignoring the photo you sent me of your engagement ring or new flip phone blackberry 32L network pad pod (see, I can't even come up with a fake product name), I'm not. I just don't get pictures on my Sanyo Qualcomm 3G CDMA, which came with my $35 per month contract. But feel free to post a "digital photo" on my "Facebook wall." I've been known to check that every two weeks, now that I have the Information Superhighway running through my very own house.

Photo by Flickr user kitakitts.
Posted by Me at 2:37 PM