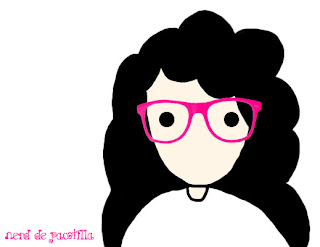 He never has and never will wear leather pants or silk anything. He likely thinks chenille is a type of meat, like veal, but from France.

But my dad is fashionable in his own right. He wrote the book on IT style.

To people who interact with humans – like face-to-face and not through flashing Instant Messaging screens and virtual meetings – “IT style” is an oxymoron. But there are actually fairly developed standards on how to rock men’s high-tech geek chic.

My dad calls it “Post-50 High-Tech Crony” style, aka P50HTC. I have no idea what that means, but I figure that’s because I studied liberal arts.

Wardrobe basics include slip-on loafers, jeans and polo shirts, preferably from Sam’s Club, located between the 26 pounds of bacon and 8-gallon tub of horseradish sauce.

Want to wear tall white socks with your sandals? Go ahead. The rules of the street don’t apply.

Virtually anything’s a go in the maze of cubicles at an Agilent or Texas Instruments office. You’ll find everything from shaven heads to man ponytails, sunglasses to pop-bottle glasses.

“The operative concept is comfort, pure and simple,” my dad says.

He adds because human interaction is rare, “business casual” means “wear whatever you want and back up your egos by writing complex code, managing impossible projects and even more impossible workloads.”

He compiled the following questions to help you build an appropriate P50HTC outfit:
1.) Is it comfortable? (Answer must be yes.)
2.) Is it functional? (Ditto above.)
3.) Can you wear it multiple days in a row? (This is helpful on business trips.)
4.) Does it easily show dirt? (Desired answer here is no, but can be traded off for either above three answers.)
5.) Is it cheap? (Should be yes, but balanced by overpriced camping/outdoor clothing for the weekends.)
6.) Will people know what you do by looking at the way you are dressed? (Should answer no. You could be either a custodian or software engineer.)

Tattoos also are fine, despite the naggings from your sixth-grade teacher that “no one will ever hire you with a flaming poodle on your left shoulder.”

My dad has a tattoo on his arm (not a flaming poodle, although that’d be cool). My uber-conservative mom has one on each ankle. I have a hip/buttical region tat of a fleur-de-lis that matches my mom’s, aunt’s, sis-in-law’s and 70-something-year-old grandma’s.

More than a third of all 18-to-29 year-old Americans sports a tattoo, according to the Journal of the American Academy of Dermatology. Twenty-four percent of all 18-to-50 year-olds do. And that doesn’t even count 70-year-olds.

Out of nowhere last week I decided I wanted to get a tattoo of a cross on my left wrist. I thought it seemed unique. Until I looked online and found links to wrist tats on celebrities such as Christina Aguilera, Pink, Aaliyah and, worst of all, Lindsay Lohan.

Have I been subliminally influenced by pop culture? Am I unknowingly imitating celebrities? Because otherwise, I don’t know where my idea came from.

Unless – yes, that’s it. I think a data-warehouse manager at my dad’s office has a wrist tat. A flaming poodle or something.

I have been subliminally inspired by geek chic.

Photo by Flickr user Rocío Lara.
Posted by Me at 10:20 AM