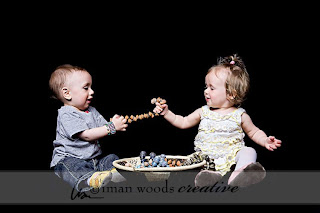 It was like a potentially explosive science experiment: Send a fashion columnist to a refugee camp in Uganda for 10 days.

I traveled to east Africa with a local, student-run group, Educate (www.educateafrica.org), that grants scholarships to orphans and refugee students.

Truth be told, I’m more wildery than I give myself credit for. Colorado native, raised on a farm.

Mastered the art of climbing Russian olive trees in a petticoat and wrestling the tulle off of the thorns without tumbling to my demise. Age 9, I ate dog food on a dare and found it surprisingly tasty.

Good thing for that training. I coasted past the cholera-infested water without even a bellyache, much less death, and even ate soupy beans with my fingers. I scaled a mango tree and didn’t flinch at the thought of cobras and vipers sharing my wobbly branch.

But for heaven’s sake, I wasn’t prepared for my hair.

Ten days without washing my thick ‘fro is bad news. Africa is dusty. I’m talking red dust that coats your locks like another crust of the planet. At first, I went ponytail. Then pigtails. Then braids. Then sweatband. Then bandanna. Then baseball cap. Then all three at once, plus braids, no kidding.

On the flight home, I took my hair out and realized it had formed mini dreads. They were kind of cute (in the same way that dog food was kind of yum). But the woman sitting next to me didn’t think so. She changed seats.

But the desperate look she sent me indicated otherwise.

I waged war against that red dust. My futile artillery: wet wipes. Tan lines turned out to actually be grime lines. Blue jeans became red jeans. It mysteriously stained my bra. It formed a mustachey line around my lips, glued on to my lip gloss, which, yes, I packed – and used regularly. Until it fell out of my backpack and rolled into the dark abyss of the latrine. I briefly considered fishing it out, but instead murmured a small eulogy and walked away.

The biggest mystery of Uganda to me was the clothes. It was humbling; I was the nastiest looking person there.

The locals do not have running water. They live in mud huts with dirt floors and make 20 cents a day digging in the field. Yet they all looked immaculate. Their whites were from a Tide with bleach commercial. Many wore Air Jordans. Sean Jean and G-Unit T-shirts. I saw a guy wearing a Dolce & Gabbana button-down.

Either P-Diddy has a big heart for refugees, there was a mass explosion of an urban clothing production facility hidden in western Uganda or some rich and very hip nonprofit had recently stopped by.

I was too baffled – and busy with my wet wipes battle – to ask.

An example of the opposite of beauty followed me days after I’d left the country.

While heading to the airport, the driver tossed my backpack under the bus, where it had a bad encounter with a pool of rotting milk. The pack was soaked in dairy sludge, which further fermented in the back of a hot taxi and then two additional days of airplane travel.

Got it home, threw that stinky thang on the floor and left it to die.

Came back in the room later and found my dog gnawing on the straps, trying to pull the pack across the room to the rug where he likes to chew his bones.

And no, I didn’t try this doggie delight. Not even on a dare.