A little more vestite: High-contract, high-fashion but not high on cocaine like Courtney Love 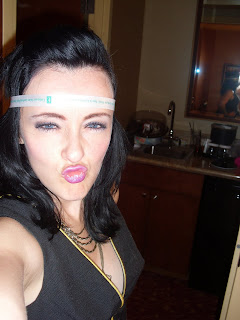 Before I launch this tornado of insults, let me disclaim that no one -- not even my gay cousins who are semi-famous for their exquisite interior design knack -- loves Cher more than I do.

In fact, one of my go-to karaoke songs is "Believe." (The other: "Time After Time," with dramatic pantomime and improvisational jazz-dance leaps.) I adore Cher's frog voice and her pointy face and, above all, her excess.

I love how they suggested she was a transvestite in "Burlesque." (They did suggest that, right?) In fact, Cher and I are both Tauruses, ordained by the stars to be the ultimate female, the "vestite" (sans trans) that expresses its femininity as an over-the-top caricature. Beauty, for the Taurus, is part of a tribal ritual, deeply spiritual and the outward expression of her lifelong pursuit of understanding the feminine dimensions of the world.

Or so says this one book I flipped through but didn't buy.

I imagine that Cher wears feather headdresses and black leotards around the house, toted on a Greek chariot pulled by a herd of oily men.

Obviously this is my ultimate goal in life, too. However (gulp), I don't exactly aspire to look like her when I turn 129 like she currently is. She is just -- well, too much. Too poked and pulled and stretched, heading in the same direction as Joan Rivers or an inflatable doll, and away from glamorous over-40 stars like Sharon Stone and Madonna.

As I get older (now having celebrated my 21st birthday 11 times), my old makeup techniques and colors are beginning to look scroungy and rotting. Eye shadow sticks in skin creases and I have this weird red patch on my right nostril crevasse. My black hair looks harsh. Something is just off.

I can't go au naturel. It is unsatisfying and not true to my spirit. Red lipstick is my crack.
So how do you do high-contract and edgy without looking like Kat Von D after a night of binge tattooing, or like Courtney Love, in general? There is a dangerous line between being the uber-Venus dramatic goddess that I want to be, and looking like a washed up cougar raccoon.

I submitted this impossible request to Jessica Licata, a Boulder hairstylist at Salon Salon and makeup artist who does faces on TV ("Food Network Challenge," "Last Cake Standing," and the DIY Network's "Renovation Rescue"). She also does makeup for boudoir photo shoots and special occasions, like weddings.

Licata (jahalabeauty.com) is a makeup prodigy, feisty redhead and single mom who instantly won my vote for one of Boulder's best makeup artists the moment I witnessed her draw a single eyeliner line. Nary a line hath appeared so clean, sexy and precise.

Her anti-Cher antidote: Keep your edgy style (whether it's smoky eyes, cat eyes or Gwen Stefani lips), except with:

More neutral colors. Instead of black liner, try dark brown. Instead of cherry red, switch to brick. Instead of black shadow, try a deep purple. The right neutral shadows are like the little black dress of makeup: You can do almost anything with them as the base.

Use sparkle as an accent, not main attraction. Almost all of my shadows, lipsticks and blush contains some kind of shine, which can look cheap and childish and reflect the light in unflattering ways on older faces. Instead, switch to matte, which can create more depth and focus. Add sparkle in the inner edge of the lid or shiny gloss instead.

Quality makeup brushes are the best investment you can make.

Cheap products make you look cheap, with the exception of Maybelline Great Lash, which continues to be the king mascara and always will be.
Posted by Me at 10:29 AM