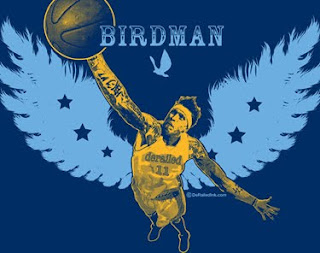 Napoleon once said there is only one step from the sublime to the ridiculous.

It must have been an Irish step.

My friend Lisa was an Irish step dancer for nine years. So obviously, with it being St. Patrick’s Day Week Month — yes, that’s how we Irish celebrate it (I am 0.004 percent Irish so I have deep pride) — I needed Lisa to teach me a jig.

Turns out, there’s a lot more to Riverdancing than just stomping, kicking with a pointed toe and bouncing your overcurled hair.

Yes, Irish dresses were obviously designed on a dare: (said with accent of Brad Pitt in “Snatch”)
“I double dag dare you to move your bottom half as fast as possible while not moving your top half whatsoever — in a 40-pound sweaty velvet dress.”

With a cape. And rhinestones, satin embroidery and copper lame — as in “fabric woven with metallic threads,” and also as in “pathetically lacking” and, heck, probably also as in “drunk and unfit for service” (http://www.thefreedictionary.com/). Then, in the middle of the dress: an embroidered design featuring an Irish dude smoking a doobie. With a fish.

I couldn’t even make this up if I were the dude smoking a doobie with a fish; this is Lisa’s competition dress.

Bridging the seemingly ridiculous back to the sublime was a little research. I learned the costumes evolved from women wearing their “Sunday best.” And the fish smoker represents an ancient legend of “The Salmon of Knowledge.” Although I couldn’t find any explanation for the joint; must have been embroidered in Boulder.

Still, a fly-by understanding of the Irish heritage did not help my feet during my fly-by step lesson. So, unwilling to wear velvet, ever, tradition notwithstanding, I needed another costume to compensate for my slow and mostly French feet.

That’s when I found Derailed Ink, http://www.derailedink.com/. This T-shirt line, designed by two Fairview High School grads, began after the economy “derailed” their lives, per the name. But instead of getting run over, Rob Bell and John McCaskill used the momentum to carve a new path.

If you went to a home Broncos game last season, you know them. They’re those loud, hyper and hilarious characters hawking T-shirts outside the stadium. They probably taunted you. You probably bought a shirt.

Because the shirts are legitimately cool. Much better than wearing the same generic jersey as every other 12-year-old and gangsta in the state. Bell, a contemporary artist, calls Derailed’s designs “instant vintage” or “retro nouveau,” the kind of shirts you could only find at Saver’s, except these are new and don’t smell like moth balls. The “Eddie Royal with Cheese” and “What would JC do?” (as in Jay Cutler, to which the proper response is “Throw an interception”) shirts even boast the original Bronco orange that I totally think the team should revert back to.

But before my boyfriend gets too excited that I am using the “f” word (football), here’s really why I dig Derailed Ink: Their fashion line — including an Irish “Lucky Charms Make You Fly” design.

The tees ($20 each) are all locally made and printed. Plus, they’re made from that soft, ultra thin cotton — much more ideal than velvet for Irish stepping. Or stomping and clomping, as it were.

Derailed Ink, available online and at Boulder’s Buffalo Exchange, also sells a shirt proclaiming, “It’s not the (the other “f” word in gerund form) ’80s.”

My friend Brittany hates St. Patrick’s Day because of “all of that loud clapping and shouting.” But she does love her fluorescents.

In fact, her first fashion memory was of her fluorescent pink, orange and green swimming suit. She wore it everywhere: to church, school and, oh yeah, swimming, and one day, to the lake with her mom and her Snoopy fishing pole. That’s when Brittany’s mom read something horrifying in the Detroit paper.

“Fluorescents are out, dear.”

Initially, Brittany wanted to cry. But instead, she retorted, “So? I’m wearing them anyway,” and she did, until they resurfaced 15 years later. Granted, at the time, she had worn her fluorescent suit so much that it was actually pastel and fuzzy.

But still. That was the day Brittany learned the most important fashion lesson of all, incidentally another quote about the “ridiculous,” by Italian poet Giacomo Leopardi. And my justification for shunning stinky velvet dress in lieu of a breathable tee.

The quote: “People are ridiculous only when they try or seem to be that which they are not.”

Instead of step shoes this weekend, I’ll be stomping in my Docs. Celebrating the circle of fashion, and the Salmon of the Sublime and Ridiculous.
Posted by Me at 9:03 AM