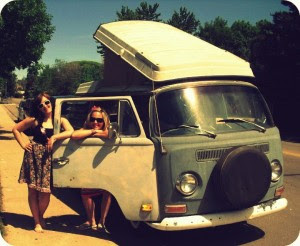 OK, Boulder. You win. I give up. You can stop beating me over the head with your peace signs.
I’ve been holding my breath for six years. The Anti-Hippie, I called myself. But a girl can only plug her nose so long before her mouth opens to gulp big wafts of Woodstock perfume (I use the term lightly).

And I’ll be darned to heck if it doesn’t smell delicious. In fact, it doesn’t even stink. At all.
This confession could cost me my job as a fashion columnist, but that’s a sacrifice for the greater good of spreading the word about the New Hippie Revolution, a movement I have started with myself. Down with the wo-man.Mainly, Sarah Jessica Parker. I don’t want to write about SJ’s latest trainwreck of a “Sex” sequel, or the $10 million put into her wardrobe. Know why?

Because I don’t have $10 million. And neither do you. Probably. (You never know around here.)
I’m annoyed by Carrie Bradshaw’s “artsy” style. Her poseur-bohemian accessories cost more than a Real columnist — the kind who owns the poetic license to gratuitously capitalize Things for emphasis — earns in a lifetime. Artists don’t have money. That’s why they have to be creative with their style. And you can’t buy creativity.

Here’s where the New Hippie Revolution comes in. The NHR is the inevitable response to the recession, for folks who are sick of the constant wrestling match with the economy, technology and (for some of us) body hair.

I’m not sure how Boulder unleashed its final winning blow in the cage fight versus my Schick Quattro. Maybe it was my near-death childbirth extravaganza three months ago. (My birth plan was the Murphy’s Law Method.) Or the hilarious stack of medical bills that forced me to sell my car and ride the bus. Or maybe it was simply the undiluted idiocy in SJ’s last romantic comedy with Hugh Grant.

Regardless, my husband is looking at a 1973 VW bus as I write.

Still, being a revolution newbie, I’m almost as big of a poseur as SJ, minus the whole money thing. That’s why I solicited help from the greatest guru since the Grateful Dead:

My aunt Cindy was/is a real hippie. Today, she makes jewelry and is an international expert on beads. In 1973, she sewed clothes out of pieces of vintage clothing in the back of her husband’s silversmith shop in the mountains not far from Boulder.

Cindy says: Hippies are not dirty.

Some older, conservative people in the ’70s categorized everyone with long hair as hippies, and that included some unkempt bags of dirt (my words, not hers), as well as Rastas with dreadlocks, neither of which were necessarily part of The Movement. Cindy said she never knew a “dirty hippie.”

Even mountain folk without running water bathed in the creek (with biodegradable soap) or at the hot springs’ showers. Other friends showered at the silver shop; they dropped quarters into a coffee can to help pay utilities.“Today a lot has changed from what it was like in the real true hippie years,” she says. “My values were well grounded and I believe in it: an earthy, simple, pure, peaceful, usually very intelligent and very resourceful, talented culture.”

This means I can keep my bare armpits. Very groovy.

Cindy also says: Make everything from scratch. This proves problematic for this one girl, a friend of a friend — definitely not me — who broke her sewing machine while trying to make a Smokey the Bear costume after six too many glasses of wine.

That’s why the New Hippie Revolution touts buying clothes that other people made from scratch.

Like Phat Cat Patch (www.phatcatpatch.com or www.phatcatpatch.etsy.com), a line of gorgeous, handmade patchwork dresses by a Boulder single mom named Lauren Vice. I love the floor-length purple and dragon-print dress, with five layers of fabric ruffles. She calls her clothes “wearable art,” and they start as low as $20. Not $10 million.
Posted by Me at 8:43 AM